The Ohio father lured to his death in a McDonald’s parking lot last month had just won custody of his three children. He also had a shocking history of violence ignored by the courts. It seems he was the better choice of parent for the kids’ sakes, but no matter which way you look at the case, it’s a tragedy. It also highlights some important points for parents involved in contentious custody battles.

An Act of Protection or of Revenge?

Joshua C. Jones, 39, of South Point, OH, died last month during what was supposed to be a custody exchange with his ex-wife, Belinda S. Adkins, 41. The couple split in 2013 after Jones admitted to smashing a bottle over his stepson’s head seven years earlier. The attack left the boy – Adkins’ child – with brain damage.

Papers immediately jumped on this history of abuse and painted the mother as a victim protecting her children from a monster. What the media didn’t bother to look at is why Adkins lost custody. The kids say she abused them and forced them to engage in illegal activity. The two older children ran away and went to live with their father as soon as he was released from prison last year.

Jones filed for legal custody of all three children in October in order to protect them from their mother. Adkins walked into court without a lawyer expecting the judge to rule in her favor. What she didn’t know made all the difference. The judge in the case had no reason to look into Jones’ criminal past.

In most states, family courts don’t automatically look into parents’ criminal histories. The judge made his decision based on what he knew of the current situation. That information came from two primary sources – Jones’ filings and what the children said about their mom.

The ruling hadn’t been filed yet when Adkins contacted Jones and asked him to take their youngest daughter for the weekend. She set up the exchange, but instead of bringing the girl to her dad, Adkins met her ex-husband alone. Witnesses say she shot Jones several times before fleeing the scene.

How to Protect Yourself and Your Children During a Custody Battle

Sadly, Jones is among a growing number of dads murdered shortly after winning in family court. In October, Joshua Niles, 28, and his partner Amber Washburn, 24 were gunned down in front of their four-year-old son weeks after getting custody of Niles’ two older children.

In that case, the kids’ new stepfather was abusive. Their mom’s new husband was a former police chief with control issues and easy access to weapons.

If your ex is currently with someone with a violent history or has a history of violence herself, it is essential to protect yourself. Talk to local police about your concerns. Speak to your lawyer about emergency custody changes or protection orders.

Most importantly, take your risks seriously. Women can be dangerous too. Pay attention to warning signs and demand the same protection the law would give a woman in the same situation. Hiring the right attorney can help.

Dangerous custody situations require an expert approach. Make sure you choose a dad-friendly lawyer to represent your case. Learn more today at DadsRights.org. 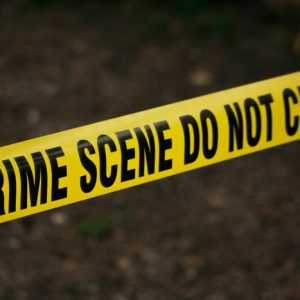 Angry Mother Tries to Kill Ex During Custody Exchange, Murders Their Child Instead

People helped by this information: 1,285