Update: Charlene Childers, 25, Timothy Dean, 32, and police officer Bron Bohlar, 34, of Sunray, TX, have been charged in connection to the murders.

The small town of Sodus in Wayne County, NY, erupted in violence and heartbreak Monday, Oct. 22, as a masked gunman shot and killed Joshua Niles, 28, and Amber Washburn, 24, in front of their son. Investigators say a heated custody battle over Niles’ two older children could play a role in the killings.

Before we get into the details of the case though, let’s look back a few days. October was Domestic Violence Awareness Month. You’d expect news outlets to ablaze with reports of this killing. There’s no doubt they would have been if Niles was the potential shooter. Instead, outside of New York, there’s been little coverage.

Violence perpetrated against men often takes second stage, if it is acknowledged at all. This despite stats that say one in seven men are victims of severe physical abuse by a partner. One in 18 is stalked to the point he is afraid for his life. One in 20 male murder victims is killed by a romantic partner. October isn’t Domestic Violence Awareness Month as far as men are concerned, not even for the month’s likely victims.

While authorities in Sodus haven’t identified the shooter in the double-homicide, the contentious custody battle is front and center in the investigation.

According to reports, Niles and his ex-girlfriend Charlene Childers, 25, of Sunray, TX, were involved in an intense custody battle. It began in 2015 when Childers moved from New York to Texas with the children. In May, Childer’s husband, Timothy Dean, 32, was charged with third-degree felony child abuse. Dean was the police chief for the Sunray Police Department at the time of his arrest, and so the case was handed off to Texas Rangers.

In July 2018, Childers started a GoFundMe campaign to get help to pay for a lawyer. She claimed Niles was “a drug addict and abuser,” according to the campaign, and complained about the little time the kids had to spend with their father.

“I am forced to let my children go with him every summer and every other Christmas,” Childers wrote. “Please help me. Losing my babies will break me.”

Niles was recently granted custody. The children had started attending their new school in Sodus and were getting used to living with their new little brother and getting to know their friends and neighbors. No one could understand how this could happen to such a sweet family — until they realized his ex-girlfriend was in the area at the time of the killings.

Childers was arrested Monday in Wayne County on one count of felony injury of a child relating to the incident in May. Authorities identified her as a fugitive of justice out of Texas where Dean is currently held. Bond is set at $1 million.

But let’s not pretend there’d be a bond at all if Niles were the one sitting in jail.

Men in abusive relationships have less public support, but there are still resources available to help keep you and your children safe. If you need help getting out of a dangerous relationship, visit The National Domestic Violence Center Hotline online. 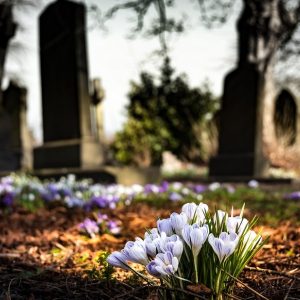 People helped by this information: 2,017