Dr. Jann Blackstone, author of books like Ex-etiquette for Parents: Good Behavior After Divorce or Separation and founder of the organization Bonus Families, writes a Q&A column for co-parents that is syndicated in major papers like the Boston Herald. In a recent column, she gave out surprisingly reckless, harmful advice: to call Child Protective Services (CPS).

The letter which prompted the misguidance concerned a mother frustrated by her ex-husband cutting their son’s hair without her permission:

“I have had a really hard time dealing with my 3-year-old son’s father. We have been apart for about a year. Although he’s very impatient and gets frustrated easily, we have been trying to share our son’s time without a formal custody order.

My son’s father and I agreed we would not cut his hair. When we are in a hurry, I usually just wrap it up into a bun. Yesterday his father couldn’t manage it, so he got angry and took him to a barber who cut his hair in a classic boy’s haircut.

When his father dropped him off, our son burst into tears. In my child’s best interest, I think he needs a break from his dad. What’s good ex-etiquette?”

To Blackstone’s credit, her first suggestion was talking to the father before taking any action. She stated the obvious, saying “Your child needs both of his parents”. Unfortunately, the follow-up took a turn for the worse when Blackstone suggested sending the father a message by calling social services. She wrote:

“Some would say, “Call Child Protective Services? For a haircut?” Three-year-old children can be easily traumatized. Is all this enough for an agency to intervene? Probably not, but it may make dad sit up and listen. His actions could very well have traumatized this child and it could be time to take a serious look at his approach to parenting.”

This advice wasn’t just extremely messy, it is reckless in so many ways, including taking up social service resources with something minor and petty. Worse, it could put the whole family at risk.

Here are three reasons to leave CPS out of petty complaints:

1. CPS investigations can be traumatic for children.

As one guidebook for social workers cautions, “help parents and family members to understand how the investigations are not just nuisances to adults – they are also traumatic to children who must be examined and questioned every time a serious concern is raised.”

2. Nuisance calls to CPS work against you in court.

Most judges will see needless calls to CPS as evidence of attempted parental alienation.

3. Reports can call your own parenting into question.

While a report about an ill-timed haircut is unlikely to result in serious action, the worker might wonder what other shortcuts mom is taking if she doesn’t brush this child’s hair every day. Social workers evaluate the child’s whole life, not just your allegations. Parents should know that a nuisance report creates an active file on your family that will come with increased scrutiny should there be further reports in the future.

So, how should you settle disagreements on hairstyles?

Most courts don’t consider the matter of haircuts to be a subject requiring court intervention, and in fact will look at an effort to bring it to court as evidence of deeper (much deeper) issues, including involving alienation on the part of the parent bringing such a petty matter to court – it means that the parents can’t agree on even relatively insignificant things.

The bottom line in this case is that the biggest issue, which the “expert” never even addressed, is that these parents do not have an actual, formalized written agreement, which is crucial to both avoiding, and resolving, matters like this. In fact, if the mom took this “expert’s” advice, and did contact social services, they would laugh in her face because the first thing they would ask her is “where is the parenting order saying that he can’t cut your child’s hair?”, to which this now red-faced mom would have to say “we don’t have one.”

Perhaps dad shouldn’t have cut their son’s hair without first running it by mom, and perhaps mom shouldn’t have gotten so upset;  after all, it’s just hair, it will grow back.

But the person most to blame here is Blackstone, the supposed expert, for giving out such egregious advice. 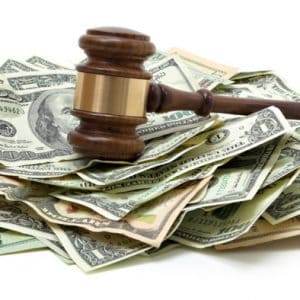 People helped by this information: 3,798