Summary: Throughout the past decade, there has been an increase in reports of child sexual abuse, largely because of improved education and prevention efforts. But the focus historically has been on female victims, with minimal attention to boys and adult male survivors. Personal beliefs and societal biases make male survivors more reluctant than female survivors to report abuse and seek counseling as adults, even though they struggle with feelings of guilt and shame, as well as years of emotional isolation, in maintaining their secrets.

MN Children Youth & Family Consortium Electronic Clearinghouse. Permission is granted to create and distribute copies of these documents for non-commercial purposes provided that the author and MN CYFCEC receive acknowledgement and this notice is included. Phone: 612/626-9582.

Throughout the past decade, there has been an increase in reports of child sexual abuse, largely because of improved education and prevention efforts. But the focus historically has been on female victims, with minimal attention to boys and adult male survivors.

Personal beliefs and societal biases make male survivors more reluctant than female survivors to report abuse and seek counseling as adults, even though they struggle with feelings of guilt and shame, as well as years of emotional isolation, in maintaining their secrets.

Male survivors also confront a society still in its infancy in its willingness to recognize men as victims, because men who identify themselves as victims, particularly as victims of women, shatter an almost universal illusion that men are all-powerful, in control and able to protect themselves. As we learn more about the prevalence of this problem, society will change these invalid views of the adult male and, most significantly, males will perhaps change how they view themselves and begin to recognize their vulnerability, helplessness and fear.

Sexually abused boys experience myriad emotional effects. The severity of the effects on men obviously depends on many factors, including the frequency and duration of the abuse, the specific kinds of sexual behaviors involved, the use or threat of violence and intimidation, the nature of the child’s relationship to the perpetrator and the nature of the parents’ response to that abuse. For example, the emotional climate of the child’s home environment either lends support to the child’s ability to disclose the abuse, or may encourage avoidance of disclosure and an inability to acknowledge the child’s level of distress. Less-supportive families may also convey a sense of inadequacy to the boy for not protecting himself.

The child’s emotional response to the sexual abuse also depends on the perpetrator’s gender. Childhood sexual abuse does not cause homosexuality, but boys abused by men may experience confusion about their sexual orientation, particularly if the sexually abusive behaviors were physically pleasurable. An abused heterosexual adult male often doubts the authenticity of his sexual feelings for women, and the adult homosexual male survivor struggles with questions about his orientation: Did it stem from deviant acts or is it the healthy unfolding of his sexual development?

If the perpetrator is a woman, then the abuse remains nearly unnoticed because of our almost fervent denial that females can be sexual offenders. Professionals contribute to that denial by interpreting abuse with a double standard: A 12-year-old boy sexually approached by an adult woman is considered by many to be a less serious situation than that of a 12-year-old girl approached by an adult man. Some people also believe that sexual contact with an adult woman is part of a young boy’s rite of sexual passage. However, both boys and girls who survive abuse struggle with similar issues of emotional and sexual violation and confusion about their sexual development.

Another reason that men cover up their abuse is that many reports about male sex offenders and violent criminals link their deviant behaviors to the sexual abuse they suffered as children. This correlation discourages some men from acknowledging their abuse, but the reality is that most male victims of sexual trauma do not necessarily re-enact it on other children.

Men in our culture are socialized to hide their emotions, to not cry, to not be afraid, to not lose control except aggressively and to be emotionally self-reliant. Our society generally offers men less support to ask for help and less encouragement to take that support when offered. As increasing attention is given to the issue of male sexual assault, perhaps there will be a greater sensitivity to and understanding of the male sexual abuse survivor’s unique needs. Our society might then recognize men not only as perpetrators of abuse, but also as victims. 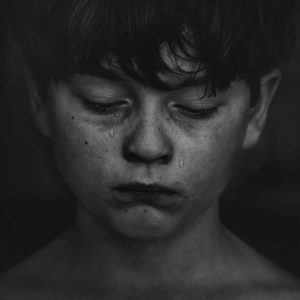 People helped by this information: 2,298