In the below news report, a journalist blames the family court rule that a child has the right to regular contact with both children for the “damage done” to women, mainly that their accusations of abuse don’t work to get the “abuser” out of the child’s life. While there are women who are genuinely in fear, it’s also true that lots of women make accusations of domestic violence (DV) during divorce in hopes that it will persuade the court to give them sole custody, and get that “loser, abuser man” out of their lives.

(These false allegations of abuse also have the effect of diverting vital resources from women who actually are being abused, and also of diluting the pool of legitimate accusations, leading to a ‘boy who cried wolf’ situation.)

In her piece The Family Court has a serious attitude problem when it comes to domestic violence, Journalist Jess Hill says, and we quote:

“This is not a matter of opinion. It’s been documented in report after report for the past 16 years, since the Keating government issued the Family Court with a new guiding principle: that children had a right to regular contact with both parents. Subsequent reforms have failed to undo the damage done.”

Don’t let the fact that this is in an Australian paper throw you – this is the feminist view of family courts the world over.

You can read the full article here. 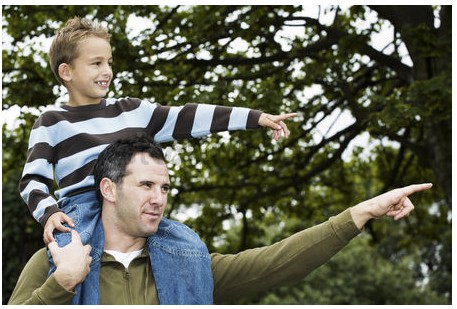 Article Name
Journalist Blames Right to Contact with Both Parents for Damage Done to Women in Family Court
Description
Journalist Jess Hill blames the family court rule that a child has the right to regular contact with both children for the "damage done to women".
Author
DadsRights.org
Publisher Name
ISIPP Publishing
Publisher Logo