While nearly all civilized countries have signed on to the Hague Convention, which includes cooperation between countries in the case of international parental kidnapping, the reality is that if one parent absconds with the children to another country – and especially if it is the country of the kidnapping parent’s birth – the left-behind parent will have a very hard time getting their child back, if they are able to get their child back at all. And that’s true even if the left-behind parent has been awarded custody.

The story of Randy Collins, of Santa Ana, California, illustrates this sad reality that countless fathers deal with every day.

As recounted in an article in the Orange County Register, “In the wake of a bitter divorce, Collins’ ex-wife, Reiko, spirited their then-5-year-old to her native Japan.”

As Randy Collins explained to the OCRegister, officials in Japan have made, and we quote, “zero attempt” to help Collins have access to his son, Keisuke, who would be a sophomore in high school now.

Ms. Mitchell specifically addresses this situation in the Parental Kidnapping chapter of They’re Your Kids Too. As she explains in the book, “Having a valid, detailed court order for parenting time, which spells out in clear language what the arrangements are, is the single most important thing you can do to help prevent parental kidnapping.”

She goes on to say:

“Your court order should be highly specific; if a court order reads only “reasonable visitation” or “parenting time as the parties may agree to between themselves”, then it will be very difficult to get the order enforced, let alone to prove parental abduction. For ex- ample, if you try to get the police to enforce an order which says only “reasonable visitation”, you will have a hard time proving that the order has been violated. If, on the other hand, your court order says “the first and third weekend of every month”, and it is the third weekend of the month, and your child is nowhere to be found, that is a clear violation of the order, and you can then get help from law enforcement agencies and the court in enforcing your order.”

Japan is particularly bad for these situations. In the OCRegister article it tells of another father whose ex-wife took their child back to Japan, and then later committed suicide. Even though this left the father as the only remaining parent, he still was unable to have his child returned to him!

There are things that you can do to not just make parental kidnapping less easy for the other parent, but to prepare for it just in case.

As Ms. Mitchell explains in They’re Your Kids Too:

Assemble two sets of the following:

• Several recent color photographs of all children and parents.

• A list of any scars or unusual physical charac- teristics of both parent and child.

• Two sets of your children’s fingerprints.

• A list of all passport numbers, dates of issue, and the countries which issued them.

• A list of all driver’s license numbers and the is- suing state (both the other parent’s, and that of any child who is licensed to drive).

• A list of all automobile registrations, serial num- bers, makes, models, and descriptions.

• A list of all credit cards, bank accounts, and so- cial security numbers.

• A list of all the names and numbers of all ne- gotiable instruments, brokerage accounts, and stock brokers.

• A list of any other tangible assets which are eas- ily converted into cash, such as jewelry, collec- tions, and expensive equipment.

• The names, addresses and telephone numbers of the other parent’s family members and close friends.

Keep these two sets of items in two different locations, prefer- ably in the homes of trusted friends or family members. Having two full sets of these documents ensures that if one is not available, you will still have access to the other.

A safe deposit box is not a good place to keep these items, as banks are not open after hours and on weekends.

You may feel as though you could provide or produce much of the above information at a moment’s notice, and so that there is no need to assemble these items, but don’t put this off! Even if you are able to keep the coolest head under crisis, and re-member every bit of information you need, it is much better to be able to have everything already in order for the authorities, should the need arise.

In this situation, time is truly of the essence. For example, if your co-parent is attempting to leave the country, having his or her passport and identifying information quickly enough may enable the authorities to put a “flag” on their passport in the State Department’s computer, keeping them from being able to leave the country with your child.”

Even though ten years have passed, Randy Collins is not giving up on some day seeing his son again. He will never give up, he says.

Says Collins, “Keisuke is my son, my only child. 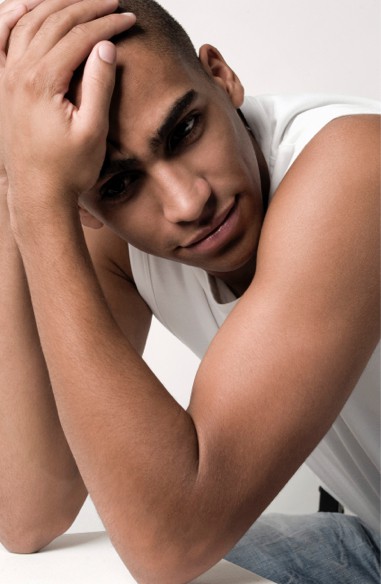 Article Name
International Parental Kidnapping Relief No Better Now Than It Was Years Ago
Description
While nearly all civilized countries have signed on to the Hague Convention, which includes cooperation between countries in the case of international parental kidnapping, the reality is that if one parent absconds with the children to another country - and especially if it is the country of the kidnapping parent's birth - the left-behind parent will have a very hard time getting their child back, if they are able to get their child back at all.
Author
DadsRights.org