Contrast that to fathers who were married to the mothers during the time of the conception, those fathers have the benefit of what is known as the ‘marital presumption’, in other words a child conceived or born during the marriage is automatically legally presumed to be the child of the husband, whereas the parental rights of unmarried fathers must first be established, either by being on the birth certificate or by a DNA test.

Unmarried fathers who have not yet legally established their paternal rights are also known as ‘putative fathers’. There are two primary scenarios through which an unmarried father’s rights can be established by the father if he is not listed on the birth certificate, although both involve DNA tests.

The primary way for an unmarried father to establish their parental rights if they are not listed on the birth certificate is by getting a DNA test. A DNA test establishes, with a high degree of certainty, whether or not the man is the father of the child. In fact, according to the Cleveland Clinic, DNA paternity tests are nearly 100% accurate.

DNA tests can be performed in two ways or, rather, on two different substances: blood and saliva. For a DNA blood test, blood is drawn from both the child and the putative father. With a saliva DNA test, the inside of both the father and child’s cheek is swabbed to collect the saliva for the test (this is known as a “buccal swab”, as the inside of the cheek is called the buccal area). Obviously a buccal swab test is less traumatic for most children, and, according to the Cleveland Clinic, nowadays they are just as accurate as blood tests.

Once a man has established that he is the father of the child he will need to file a ‘motion to establish paternity’ with the court. Yes, the DNA test proves that he is the father, but to legally establish paternity, in order to be able to assert his parental rights, it has to be recognized by the court; only then can he secure court-ordered, enforceable parenting time (this will also allow the court to order child support). Ordinarily all of these things happen in the course of a divorce once the divorce case is opened with the court, but because the parents were never married there is no divorce option. The filing of the motion to establish paternity (which is called different things in different states) takes the place of filing a motion for divorce.

DNA Tests for Paternity Initiated by The State or Other Agency

The other primary way that a DNA test for paternity will take place is when the state or another agency is the one wanting to establish paternity. This usually comes up when the mother or other custodial parent has received some sort of financial or other assistance from the state based on the needs of the child or the need of the primary parent to care for the child. This assistance used to be called ‘welfare’ and ‘food stamps’, and is called different things in different states. In this situation the state will look towards a father to repay some of the assistance that the other parent received from the state, and to establish an amount of child support that the father must pay in order to help the other parent get off state-provided assistance. Of course this all starts with identifying that father, and so the state will order paternity tests.

Typically, in most states, in this scenario the father doesn’t need to file a motion to establish paternity because the agency demanding the paternity test will do that.

What If the Mother or Other Parent Won’t Cooperate with a DNA Test?

It is usually in a mother’s (or other primary parent’s) best interest to establish paternity, because that means that they can collect child support. But occasionally, as mentioned above, the primary parent may balk at conclusively establishing paternity; this is especially true where they know that the person who believes himself to be the father, and who has been providing financial or other support on an informal basis (i.e. not through a court order), isn’t really the father. Or, again, it may be because they don’t care about financial support and just want to withhold the child from the man, or to have the man entirely out of both their and the child’s life.

Generally speaking, in a situation where the putative father is unable to get the other parent to cooperate with a DNA test, whether they have tried directly or through attorneys, they will need to open a case with the local court by filing a petition to establish paternity. How one does this, and even what this is called, differs from state to state, so it is best to consult with a local family law attorney if the father doesn’t already have one. Family law attorneys in most states will give a short consultation for free, or for a reasonable fee.

Once the case is filed the court can order the parties to submit to DNA testing.

If you are an unmarried man whose partner or former partner is pregnant, the best thing that you can do if at all possible is to be at the hospital (or house, if it’s a home birth) at the time of the delivery to make sure that you are listed as the father on the birth certificate. Once the child has been born, it is imperative that you seek to establish paternity as soon as possible, so that you can assert your parental rights in order to build and sustain a strong relationship with your child. 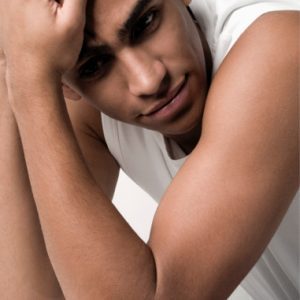 People helped by this information: 512