You may have heard that starting this year you will need a passport to travel by air, even within the United States. While this is not accurate, what is true is that starting in 2018 (not 2016) you will need a compliant driver’s license or other ID card in order to travel by air, and one such acceptable form of identification is a passport. However, it is not true that if you don’t have a passport and are from Louisiana, Minnesota, New Hampshire or New York (these are the states mentioned most often in the misinformation), you will be unable to board a domestic flight. Here are the facts.

First, why is this information here on a fathers’ rights and child support information site? Because if you are in arrears for child support in an amount that is more than $2500, your passport application can be denied, and if you already have a passport it can be revoked.

In addition, according to the official DHS TSA Real ID requirements page:

“In the event you arrive at the airport without valid identification, because it is lost or at home, you may still be allowed to fly. The TSA officer may ask you to complete a form to include your name and current address, and may ask additional questions to confirm your identity. If your identity is confirmed, you will be allowed to enter the screening checkpoint. You may be subject to additional screening.

You will not be allowed to fly if your identity cannot be confirmed, you chose to not provide proper identification or you decline to cooperate with the identity verification process.”

So, the bottom line is that until 2018, your license from any state will be fine, and even after 2018, and even if you are from a state that is not Real ID compliant (and it seems that it’s likely that all states will be compliant in time) you will not need a passport, if you can provide another acceptable form of ID.

All of this is coming about because the Federal government passed the Real ID Act, which, among other things, dictates “minimum security standards for state-issued driver’s licenses and identification cards and prohibits Federal agencies from accepting for official purposes licenses and identification cards from states that do not meet these standards.”

So, so long as your state-issued driver’s license complies with the Read ID requirements, that is all that you need to get on an airplane for a domestic flight within the United States.

And, your state doesn’t even have to be compliant until at least 2018.

Until January 2018, if traveling by air, residents from ANY state are still able to use a driver’s license, or any of the various other forms of identification accepted by the Transportation Security Administration (Passport or Passport Card, Global Entry cards, U.S. military IDs, airline or airport-issued IDs, federally recognized, and tribal-issued photo IDs. Effective January 22, 2018, if you have a driver’s license or identification card issued by a state that does not meet the requirements of the REAL ID Act, unless that state has been granted an extension, you must present an alternative form of identification acceptable to TSA in order to board a commercial domestic flight. Starting October 1, 2020, every air traveler will need a REAL ID-compliant license, or another acceptable form of identification, for domestic air travel.

The driver’s license requirement to be compliant with the Real ID requirements include:

As of the writing of this article, February 22, 2016, here is the status of each state in terms of whether their driver’s licenses are compliant with, or yet need to comply with, Real ID:

States that are already compliant with Real ID:

The following states and territories have an extension until October 10, 2016:

The following state has an extension until June 1, 2016:

The following states and territories are noncompliant and to not have extensions:

THE BOTTOM LINE IS THAT YOUR DRIVER’S LICENSE FROM ANY STATE, WHETHER THE STATE IS “COMPLIANT” OR NOT, IS ACCEPTABLE IDENTIFICATION FOR DOMESTIC AIRLINE TRAVEL THROUGH 2018! 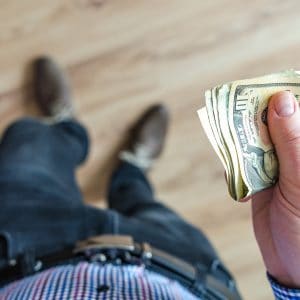 People helped by this information: 11,453