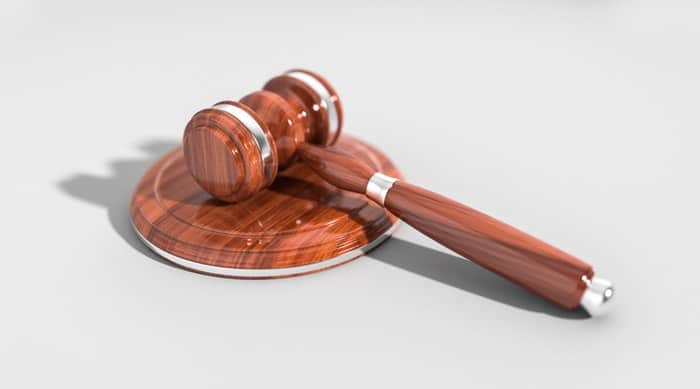 Calling out corruption is serious business, as one Michigan dad found out this July. After putting the court system and Judge Rachel Rancilio on blast for failing his son, he was first charged with harassment and then jailed on a $500,000 bond for discussing the case online. Now, a jury has cleared Jonathan Vanderhagen, 35, of Chesterfield Township of all charges.

In September 2017, Vanderhagen petitioned Michigan courts for sole custody of his 2-year-old son. The court decided to leave little Killian with his mother while awaiting a future court date. Days later, the toddler was dead. Authorities wouldn’t charge his mother in the death either. Despite the evidence Vanderhagen had presented to the court, investigators blamed a medical condition.

In July, as the second anniversary of Killian’s death was on the horizon, Vanderhagen got serious about uncovering the corruption in the local courts. He started posting about the case and naming names, including that of Macomb County Circuit Court Judge Rachel Rancilio.

Rancilio responded by having Vanderhagen charged with harassment. As part of his bond, Vanderhagen was ordered to stop discussing Rancilio online.

Back at home, Vanderhagen continued to post about his son without any mention of Rancilio. However, when he returned to court for his misdemeanor case, he was jailed for violating his bond conditions. 41-B District Judge Sebastian Lucido also raised the dad’s bond to $500,000.

The post at the center of the complaint showed Vanderhagen holding a shovel with the words, “Dada back to digging & you best believe im gonna dig up all the skeletons in this court’s closet.” While the shovel displayed the initials R.R., among others, it was posted several days before his bond hearing.

A police report and court records show no threats or attempts to incite violence against the judge at any time, but the trial September 13 shed light on the reason behind the charges. Rancilio was being harassed because of the posts, but not at Vanderhagen’s request.

Thankfully a jury disagreed — and it took less than 30 minutes of deliberating to come to their decision.

When you’re angry, it can be easy to forget that the First Amendment has some limitations. You can’t say whatever you want online. If Vanderhagen had asked friends to burn Rancilio’s home to the ground, let her know what it feels like to miss a child or other threatening statements, he would probably still be in jail.

So, what can you say online about a custody battle?

That depends on your individual case and your state law. If you’re not sure whether or not a statement might be considered threatening, run it by your lawyer first.

Having trouble getting along with your ex? Running into communication problems across the board? Get a handle on the situation with help from, “They’re Your Kids Too: The Single Fathers’ Guide to Defending Your Fatherhood in a Broken Family Law System.”

Article Name
Grieving Dad Who Was Jailed for Criticizing the Courts Is Freed by Jury Trial
Description
A Michigan father was jailed for calling out a corrupt legal system. Now a jury says he had the right. How does Facebook factor in to your custody case?