It’s been a rough month for fathers. Forget about unemployment, the pandemic and other new everyday worries. Some dads are literally fighting tooth and nail to keep their kids alive.

Dave Chernosky was woken early one morning last week to strange sounds coming from the kitchen of his summer rental in Aspen, CO. The single dad is an attorney from Cleveland, who has been planning a move to the area. He brought his sons for a visit to check Aspen out together.

Based on sound and smell, he knew right away a bear had gotten into the house. He knew he had to head it off before it wandered downstairs to where his children were sleeping.

The man was able to shepherd the bear from the kitchen into the garage, but then it spooked and ran back inside. After taking two swipes at the dad, the bear took off.

“A bear paw is not soft and cushy,” Chernosky told CNN.

The 55-year-old father of five wound up with over 100 stitches and nearly lost his eye in the attack. Despite that, he says, he’s still planning to move to Aspen.

And then, days ago down under, a man fishing with his son and friends had to fight a shark for his 10-year-old son. In a surprise attack, the animal lunged from the water and snatched the boy from aboard a boat, prompting dad, John Arnott, to dive in after them, and save his son..

Sharks are rarely seen near Stanley, located on Tasmania’s northern coast. Local fishermen were shocked to hear of the attack. Almost everyone is surprised by Arnott’s lightning-fast response. Well, except for his friends. A notable local footballer, Arnott’s coaches and teammates hailed him as a man who is normally quick on his feet.

While you might not have to contend with a bear or shark this summer, research says that your dad brain is wired to respond to these kinds of situations in a way that other men – and women – just aren’t prepared to do.

Being a father changes you. Literally. From holding your baby to being present through all stages of development, your brain is constantly growing and changing to identify and resolve threats in your environment.

In addition to saving the day when trouble arises, these changes influence the way you react with your children. Those interactions are a key component to helping kids build confidence, learn to respect and create positive boundaries, and persist when their goals are challenged.

Have you ever kept your child out of a surprise scrape? Did it leave you wondering if you had superpowers? We’d love to hear your stories. Please comment below! 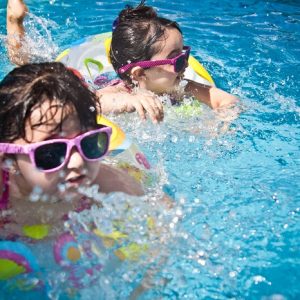 People helped by this information: 922