People don’t normally associate Home Owners Associations with helping the homeless, but recently one neighborhood Facebook group became the nexus for getting a homeless dad back on his feet. Across the platform, people are using the power of Buy Nothing, Pay It Forward and Buy-Sell groups to access necessities.

A post on Thursday in a secular homeschooling group asked for help for a homeless dad of four in the Houston area. A mother had been delivering meals to the homeless with a local charity when she ran into a dad who had a second job offer from a restaurant but needed steel-toed shoes for work – size 14! Someone from her neighborhood FB group miraculously had an old pair in good condition, but she learned he needed more help.

[Covid-19 impacting your job in the Houston area? Check out resources for Houston restaurant workers.]

She talked more with the man and found out he was diabetic, skimping on insulin and living in a car that was about to be repossessed. The stimulus check he’d hoped would bring his car payment up to date was taken for back child support.

Members of the group have been able to help this man source more insulin, register for food stamps and find out how much child support he owes. The woman’s HOA saw her original post and paid for a hotel for the next two weeks.

As more people learn how states tack on extra amounts to child support debts and take those payments from the children they’re supposed to help, the public is turning away from the “deadbeat dad” stereotype. In a group of thousands, only one mother staunchly said the dad should have lost his stimulus check because his ex and kids need the money. Other members came to the man’s defense.

In Texas, mothers of children on welfare and Medicaid receive the first $75 of child support payments. The rest goes to to the state. In other areas, the state takes all of the payment or adds interest to the debt, making it nearly impossible for a man to get ahead.

Changes to child support programs in Georgia and Colorado have been successful enough for public policy leaders to take notice. If a man’s income falls under a certain guideline level, he should not be financially responsible for repaying those debts to the state. It’s an unreasonable burden that impacts his ability to work, to thrive, and most importantly, to be involved in his children’s lives.

While religious organizations often try to help men who are struggling, dads don’t always feel comfortable seeking help for fear there will be strings attached. Community groups on FB are rising up to fill that gap. Men who are afraid of the social repercussions of asking for help in a public forum can often reach out to other members to make requests on their behalf.

Legislators have started to offer more support as well. The more stories they hear from men who are buried by unfair child support orders – unable to work, unable to secure housing, unable to see their children – the more supportive they become.

You can help create lasting change by reaching out to your state and federal representatives and ask them to make changes to the way child support is affected by assistance programs. Look up your contacts today at USA.gov. 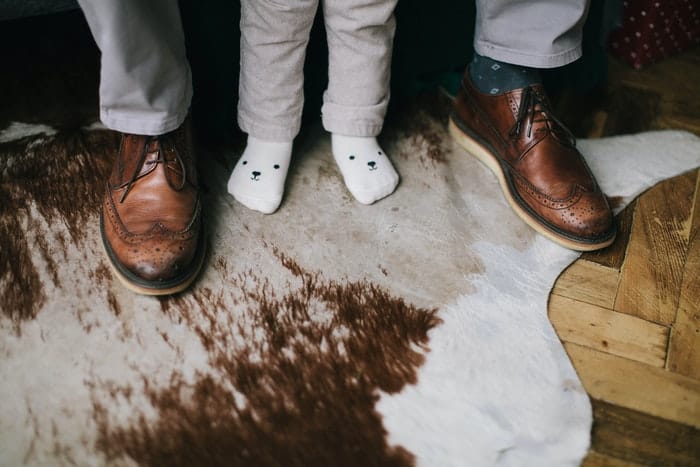 Article Name
Changing Attitudes on Back Child Support Debts Are Creating New Resources for Dads in Need
Description
Facebook is becoming an unlikely source of help for single dads who are searching for affordable housing, medicine and other necessities.