Some co-parents are really good at pushing buttons, and there’s no time worse for playing these games than during a custody exchange. Having a yelling match with your child’s other parent is not the impression you want to leave them with, right? Ideally, you want the time they spend with you to end on a happy note. But what can you do when the other parent involved wants the opposite?

Mentally prepare yourself—not for a battle but for keeping your cool and staying on your toes! Some women feel comfortable yelling, insulting, calling names, lying and otherwise tearing a father down in front of his children. Dads need relief, but it’s important to choose wisely. If you try to ignore it until you break, you could wind up going to making matters much worse, and even losing access to your child entirely.

Here are three ways to protect yourself and your child during custody exchanges:

1. Leave your temper at home. You may be hurt and angry, but the proper place to vent that is with a therapist or a close friend—not with your ex in front of your child.

2. Find a secure, public location for child exchanges. While a parking lot is a neutral space, a police station, courthouse, or even a library can intimidate an angry ex into behaving herself. You can even find a supervised exchange center, where a psychologist or law enforcement officer acts as a neutral third-party who deals with each parent separately.

3. Take a witness or make a recording. You can’t always take a friend or family member with you for a custody exchange. That’s why more parents today wear body cameras or use their phones to make recordings. Knowing they’re on tape helps keep abusive people from acting out. Evidence of abuse can be used for protective orders or as evidence during family court proceedings. (States have their own laws on recording conversations though, so talk to a lawyer before using a body cam or voice recorder.)

If your ex’s behavior crosses into physical abuse or credible threats, you might be able to secure a restraining order you can use to create additional safeguards, like requesting that she pay for supervised custody exchanges.

Do you have tips for keeping your cool during chaotic custody exchanges? Please share them with us in a comment! 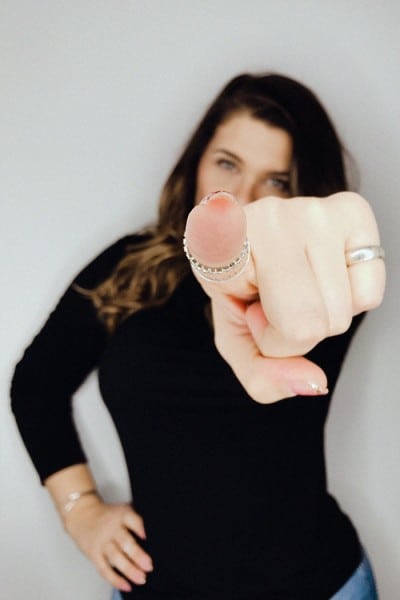 Article Name
What to do When Your Ex Makes Custody Exchanges a Nightmare
Description
Some co-parents are really good at pushing buttons, and there’s no time worse for playing these games than during a custody exchange. Ideally, you want the time your kids spend with you to end on a happy note.