If we learned anything in our recent article about hardships faced by dads, a recurring challenge is unsolicited commentary about how much better off the kids would be with their mothers. Often these comments are made without any knowledge or background of the family’s situation, and based on the wildly untrue stereotypes single dads often face.

Luckily, a Reddit user gave voice to those who can best refute these untruths; the actual grown children of single dads. Specifically, women of single dads. User u/Im_A_Girl_Damn_It recently posted in r/AskWomen, “Women raised by single fathers, what was it like growing up?”; the replies were nothing short of heartwarming.

Being There As Soon As I Needed Him Most

He has always been there for me. I got pregnant when I was 19. When I told him, he started crying, hugged me which was weird because he never does, and immediately ran down the hall of his apartments happily announcing that he was going to be a grandparent. I wasn’t sure how he would react but I definitely did not expect that. Poor neighbors, I told him at like six in the morning lol.

Unfortunately my daughter’s father became increasingly abusive throughout my pregnancy and it got really bad once she was born. Every time I expressed wanting to leave I would be physically attacked, I was afraid I was going to die. I was able to secretly let my dad know what was going on, he instantly came over, got my daughter and I the hell out of there and let us move in. Almost a year later and I’m finally stable enough to move into my own place, we move tomorrow. I appreciate my dad so much for all of this. I don’t know where I would be right now if it weren’t for him.

“Mine did frozen dinners and hamburger helper a BUNCH. And denied every relationship he had as a “friendship”. That made me feel sorry for his girlfriends. We’re not dumb, dad…it’s ok to date.”

He Was My Superhero

My dad owned his own construction company and came home and cooked us dinner every night. He took me to activities, went to my parent-teacher conferences, and brought my forgotten lunches to school. I could’ve used more affection growing up, but I know he tried his damndest.

He Painted My Nails Red

I still remember my dad painting my nails with RED nail polish when I was in 2nd grade. He also bought me my first bra. Literally left a little pink Victoria Secret bag on the table for me. Still makes me smile thinking about him in Victoria Secret alone getting a training bra for me. He is a good guy :)

He Gave Up Everything For Me

He ran his own business and was super busy all the time. We also moved a ton. I spent a lot of time alone. Despite that we did spend a lot of time together driving and taking road trips were our thing. My two biggest hobbies are the ones we shared. I love driving the back roads and fishing. We also went to the movies a lot. He did his best for me and went broke sending me to college and giving me many other opportunities.

He is still helping me out a ton. I left my kids dad in September and I’ve been living in his second house rent free while, “working” for him. He’s allowed me to get on my feet. I start my new job in Seattle on the 8th and should be moving there this week, I find out today about an apartment.

We are super close and talk almost daily. Can’t imagine what my life would be like if he weren’t my dad. He fought so hard to get me and give me everything I needed to have the best start in life.

He Was So Selfless

The first year I lived with him we lived in a city where I didn’t know a single person. Being in middle school at the time, I was absolutely appalled at the idea of riding the bus to and from school. My dad used his lunch hour to drive a half hour to pick me up and take me home from school and then a half an hour back to work to finish his day. At the time I didn’t really think much of it, but that selfless act was one of the many ways he made me feel so loved.

One of the recurring themes in the reply was the sentiment of “My dad wasn’t perfect, but I know he tried his best,” which goes to show that, despite single dads often beating themselves up if they feel inadequate, their kids always know that they tried as hard as they could. If you’d like to find the entire Reddit post, you can do so here. 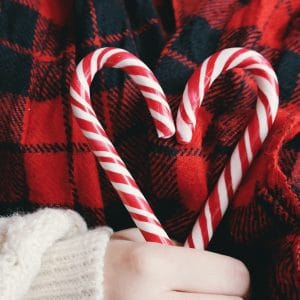 People helped by this information: 1,019