What factors into the decision of a child custody case? When friendships affect a judge’s ruling, parties have a reason to raise questions of bias. Now, the Wisconsin Supreme Court says this includes online friendships like Facebook contacts, as reported by the Daily Mail.

In 2017, Angela Carroll, Timothy Miller’s former partner, filed for sole custody of their son. After meeting with Barron County Circuit Court Judge Michael Bitney, she sent him a friend request on the social media platform. He accepted.

For over a month before the ruling was made, Carroll liked and hearted several of Bitney’s posts. State supreme court judges found this laid a foundation that could give Carroll an advantage in court.

Facebook has been under intense scrutiny for allowing the distribution of propaganda by way of fake news. They’ve also been forced to crack down on political advertising and seen an uptick in posts that reinforce prejudice based on race, gender and religion. The same methods can be used to affect the outcome in court cases.

In Carroll’s case, after befriending the judge, she liked and hearted his posts on Christianity and flooded her feed with posts on domestic violence. Not only did these actions encourage Bitney to see her as Christian, like him, and someone he could trust, but it reinforced the idea of Carroll as a victim who needed his protection.

Miller was unaware of the connection until informed by his child’s guardian ad litem. The case took until Tuesday to make it to the Wisconsin Supreme Court, where the question of social media presence and bias came into play. It’s the first case of its kind in the country, though an earlier case determined that judges can be friends on social media with lawyers involved in cases.

How the Ruling Might Impact Your Child Custody Case

It’s surprising to think a judge would accept a friend request from a party in an ongoing case. Because of that, it’s not something many parents would check online. Unfortunately, connections made over social media can increase trust between parties and lead to bias.

The case represents just one example of why basic monitoring of your co-parent’s social media activity can be prudent during a custody battle. Going through a trustworthy, neutral third-party can help prevent you from crossing over to unhealthy habits so common during times of stress.

According to USA Today, over half of Americans admit to obsessive internet stalking, so you may want to invest in prevention before it becomes a problem. There are also social media monitoring or listening tools that will keep tabs on accounts and ping you only when specific words appear in messages. You can also hire a private investigator to review accounts, starting around $40 per hour, per Angela’s List.

This case also presents a stellar example of why interacting with judges, jurors and others involved in a case is such a bad idea. These contacts can be used to interrupt proceedings, overturn rulings and increase your costs.

Has Facebook or other social media factored into your own custody proceedings? Leave a comment below and tell us how. 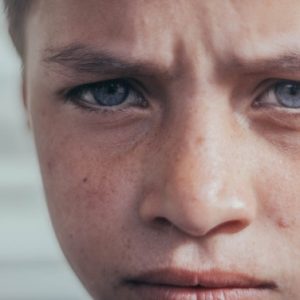 People helped by this information: 1,328