My ex-wife Mary and I separated before Matthew was born, not knowing he was coming. Matt is now 18. I’ve paid child support voluntarily for 18 years, every month. Mary, a Westchester County, NY elementary school teacher, makes almost twice as much money as I do.

Matt just graduated high school. Mary chose a private school for him, which I cannot afford. He was accepted at good state schools and less expensive private schools but this is that he and she chose.

When Mary called me about Matt’s college, I told Mary that I would continue child support and help by another $1000-2000 per year but that was all I could afford. And that if it were my choice, I would not want him to go into heavy debt over undergraduate school as long as he had other good options.

Today, Mary called and now she is looking for an extra $1000 a month! It would be ludicrous, I could never pay that out of my salary. But I am 57 years old and, though I do not make a ton of money, I have learned to live frugally and put some aside for retirement. I do not have a dedicated pension plan where I work. (Mary has a great plan; retirement at 80 percent of salary, health benefits, etc.) So I have some life savings in the bank to help me get through retirement financially.

Money was an issue between Mary and I while we were married (for 10 years). She has helped keep me living on a tight budget for 18 years — and now this. Can you please help?

Your letter actually raises a few issues, beyond the primary issue of whether you can be forced to pay the cost of tuition for your adult child to go to college.

Unfortunately there is not one easy answer to your original question; whether you can be forced to pay for the cost of college depends in large part on in which state your family law case is being heard, and in which state(s) you and the child live. And even then, the law is in a state of flux in some states – the issue of forcing divorced parents to pay for the cost of college, when there is no such requirement for married parents, is a contentious one to say the least.

But beyond that is the question of your own child support arrangements. Your letter suggests that it was done by agreement, which is always a good thing, however such an agreement, no matter how amicable and voluntary, should always be entered in to the court record as a court order. If you have been paying voluntarily without the benefit of your payments being memorialized in a court order, you may be in for a rude awakening: you may find that your ex can get court-ordered child support for all of those years when there was no child support order, even though you were paying voluntarily all along – yes, that’s right. In some states those voluntary payments are considered a “gift”.

So the best advice for you is to speak with an attorney in the state which has jurisdiction over your case. Find out whether that state requires divorced parents to pay for the cost of college, and, if your child support payments were not recorded in a court order, find out whether you are at risk for whopping unanticipated child support arrearages. If the answer to both of these questions is “yes”, you should consider reaching an agreement with your ex-wife which will provide for some payment for college tuition in exchange for a determination that you have already paid in full any child support which would have been required by the court. And for goodness sake, be sure to have that agreement entered as a court order!

In Our Hearts and In Our Minds: Staying Close To Your Non-Custodial Child Regardless of Geographical Distance 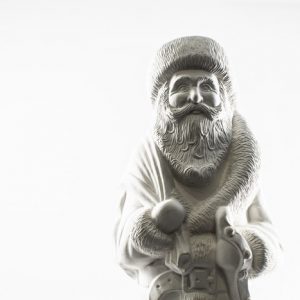 Are Your Gifts Good Enough? The Non-custodial Parents’ Guide to Managing Expectations

People helped by this information: 4,656