This makes attachment parenting even more important, if possible, when the children face the loss of, or have already lost, the secure, two-parent family in which they were initially raised.

Unfortunately, once separation or divorce rear their head, it can be a real challenge to attachment parent, even in the most amicable of situations. And in the uglier situations it can be turned on its head, and used not to ensure a strong bond between the children and a parent, but instead to rip the children away from that very parent.

This latter scenario is possible because of a combination of naive parents paired with manipulative (ex)spouses, and a family law system prone to ignorance and prejudice – a deadly combination in its own right.

All it takes is a moment to imagine the seeds which can be planted in the mind of a judge by a vengeful ex when they point an accusing finger at an innocent co-sleeping arrangement. And a quick web search reveals enough to make one horrified at the latent potential for damage to be done by someone wanting to bring their ex-wife’s extended breastfeeding to the attention of the Court.

Sadly, what these accusing spouses don’t realize is that they are playing with a fire which can (and will) burn all involved, including, above all, their children. For the moment that such allegations come up, a nearly unstoppable machine is set into motion, and decisions regarding the children’s welfare and even very lives are no longer the parents’ to make. Even a hint of an allegation of abuse, such as the kind which occurs when one attempts to paint attachment parenting practices as being somehow unwholesome, can bring the full weight of the Child Protective Services machine to bear. And once CPS is involved, you no longer have any say over what happens to your children. Not you, not your ex. Your children’s lives are in the hands of the CPS social worker. Goodbye childhood innocence, hello Kafkaesque nightmare.

So what can you do to help ensure that your children can reap the benefits of attachment parenting, while minimizing any risk that it will be turned inside out and used against you?

Whether your child is a boy or a girl can also, unfortunately, make a difference. For example, if you are family bedding, and your children are the same sex as you, that is safer, in terms of the likelihood of bogus accusations, than if they are of the opposite sex. Unless you’re the father, in which case all bets are off, and, very unfortunately, you and your children are safest if you don’t co-sleep at all. Sad, but true, as the opportunity for an easy false allegation of impropriety is just too great.

If, on the other hand, you are the non-custodial parent, and are considering that maybe the court just might think that your ex’s sleeping with your child, or breastfeeding a child over the age of 2, was a bit odd and so might swing custody in your favour … well, shame on you. Don’t do it. Think about your children, and what is really best for them – a healthy relationship with both parents. 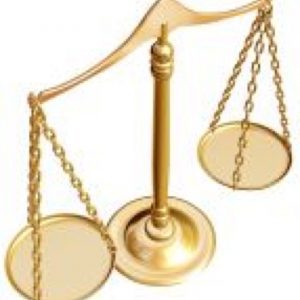 People helped by this information: 2,567