Matt Logelin knows a thing or two about daddy shaming. He lost his wife hours after the birth of their first child in the type of freak complication Americans forget is even possible. Thankfully he had enough savings to take advantage of parental leave and spent the next several months learning how to raise their child alone.

Matt published his story online as it unfolded, and eventually published a book, “Two Kisses for Maddy,” which landed on the New York Times’ Best Sellers List. He also started the Liz Logelin Foundation to help other young widows and widowers cope with loss while raising their children.

Frustratingly, no matter how good of a job he was doing, he found women from all walks of life – complete strangers in most cases – would sidle up next to him bubbling over with unsolicited advice. There was the woman at the end of a long flight – during which his 6 week old didn’t so much as whimper – who snidely informed him he’d buttoned his daughter’s onesie on the outside of her pants.

Of course, he had, Matt related to readers. It kept her pants from falling down.

Then there were the waves of women, some of them friends of his late wife, who stopped by at all hours with food, and books, and toys, but who really intended to step into his place. Despite the fact he was doing an excellent job, they felt he should defer to their advice.

When it comes to parenting, men often face a wall of judgment rooted in sexism and gender role bias. Just like sexism against women, this needs to stop. It’s hurting dads, but most importantly, it’s hurting their relationships with their children. And too often, mom is the culprit.

A recent survey by the University of Michigan showed 52 percent of dads felt criticized over their parenting choices. So, what was the focus of the complaints?

That last group is especially important as it highlights a major problem that occurs when dads are shamed: One in five fathers respond by disengaging.

Maybe they feel they can’t trust themselves to keep their children safe? Maybe they’re trying to avoid being criticized? Whatever the reason, 20 percent of dads become less involved. That’s a big problem for families, especially when in 44 percent of cases the dad-shaming is coming from mom.

And it’s a big problem for the kids in more ways than one. Boys who witness this internalize it and in turn may grow up to be unsure of how they should act around their own children, or, worse, to enter adulthood already believing that as a man they will be incapable of competently caring for their own children. Girls will grow up believing that men are incompetent as parents, and that it’s the mother’s job to put him in his place – which is down.

Society is designed to cut dads down and out of the picture. Nearly a quarter of fathers reported being left out of the loop when it came to children’s activities and similar issues.

What does this mean for children in these situations? Dads are less involved, and those lists of benefits of having an involved father that media outlets spread around every Father’s Day? Children experience them less.

And in regard to the homefront, the survey sheds light on a persistent problem. When women wind up handling more than their fair share when it comes to the kids, it’s easy to blame gender bias and sexism. Unfortunately, there are some women who create the problem themselves.

Moms have to make space for fathers to interact with kids in the ways that fathers do and acknowledge there is more than one way to be a good parent. When fathers are given the support and freedom they need to feel confident, they wind up doing an excellent job, and sometimes, come up with very simple solutions to common parenting problems.

Have you been daddy shamed?  If so, please tell us about it in a comment. 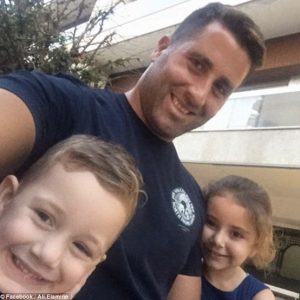 People helped by this information: 3,519