Former GOP senator Rick Santorum has said that it’s time to discuss a striking commonality among most school shooters: they come from father-absent households. Many have twisted this to say that he is blaming single mothers, and that’s poppycock. Regardless of on which side of the political spectrum you lay, the reality is that he’s right.

Santorum’s remarks were made on CNN, so there is an actual transcript of what he said. Here’s what he didn’t say:

He didn’t say that school shooters are the fault of single mothers.

He didn’t say that father-absence should be the sole focus and priority of the school shooting issue. He just said that it’s time to also focus on the epidemic of fatherlessness in the U.S. as a part of the bigger picture.

Below is the transcript of what Rick Santorum actually said.

In response to Chris Cuomo saying “You say we’ve got to find things to work on together. Shouldn’t the priority be working on who gets access to weapons and how? Don’t you think that should be where our lawmakers start?”

Responded Santorum, “In my opinion, certainly gun control is a debate we need to have. But another debate we need to have is something that’s also common in these shootings, the fact that these kids come from broken homes without dads. And that is not something we’re talking about. And that is the commonality, and that is something — you talked with Chris Murphy about this. We want to talk about things we can work together on, how about working together to try to see what we can do to get more dads involved in the lives of kids.”

He went on to say, “Should there be a discussion, particularly about people who are, you know, mentally ill or have — have a history of violence, having access to guns? Absolutely. I think everyone would agree to that. I don’t think anybody wants to put guns in the hands of people who are not mentally stable to be able to use them…”

You can read the full transcript of Rick Santorum’s remarks here. 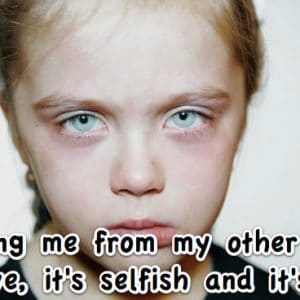 People helped by this information: 4,008