A new law hopes to help Kentucky kids stay connected with both of their parents after divorce, and it’s a trend that looks to be sweeping the nation. Virginia has already passed its own version, and at least 25 other states have looked at implementing similar laws.

For the past 30 years or so, the traditional post-divorce custody arrangement gave one parent (often the mother) primary physical custody, with the non-custodial parent having “visitation” rights. It’s a term advocates for children and fathers say downplays their relationships.

It may also be a leading factor in the ghost dad phenomenon, where some non-custodial fathers disappear from their children’s lives. The shame of being relegated to “visitor” status. The repeated pain of losing their children. When added to the emotional weight that comes with the end of a relationship, it overwhelms some dads enough to drive them away.

“Interestingly, non-custodial mothers actually disappear in greater percentages as compared to non-custodial fathers,” says Anne P. Mitchell, one of the first fathers’ rights attorneys in the U.S.. “This is in large part due to the extreme stigma – even in these ‘enlightened’ times – against women who don’t have primary custody of their children. People assume they must be monsters to have either lost, or voluntarily given up, custody of their children.”

Joint custody, where parents share physical and legal custody of their children more equally, helps bridge those issues. In Kentucky, it is now officially recognized as the best way to preserve and foster relationships between children and parents after divorce, but it isn’t possible in all situations.

Today’s families are struggling to get by on two incomes, so it’s no wonder why so many people want to move closer to their family of origin (FOO) after a breakup. The financial help from parents is sometimes needed to get established in a new home. Unfortunately, it’s a choice that can make joint custody difficult, as it would significantly disrupt a child’s life or simply be too expensive or time consuming to travel back and forth on a regular basis.

In other situations, obstacles aren’t as cut-and-dried. There are a number of factors judges are instructed to assess before making a final determination, including:

There were initial critics of the bill. Children’s rights advocates, for instance, raised concerns about safety. Domestic violence is a real problem in some families. Sexual violence is too. What safeguards are in place to keep children from a parent with a history of abuse? The law changed to offer more protection while doing its best to encourage parent relationships. For instance, joint custody isn’t automatically considered in cases where a restraining order has ever been filed, though judges reserve the right to establish it after assessing the potential safety for the children and their other parent.

If your ex was granted a temporary restraining order but you beat it in court, it likely won’t impact your ability to receive joint custody. Even in cases where the order stands, joint custody could be possible with the proper supports in place. According to the law, judges are instructed to consider any counseling or domestic violence training programs the accused has completed when making a final decision.

In addition, the law makes room for de facto guardians to be considered while establishing custody. Divorce can be especially hard on stepfathers who don’t want to lose contact with the kids they’ve been raising. Legally, you might not have to.

While joint custody isn’t the answer for every family, it honors both parents as significant influences in their children’s lives. Using that as a foundation, fathers have a greater ability to build and maintain strong relationships with their children post-divorce. 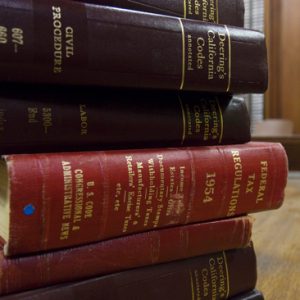 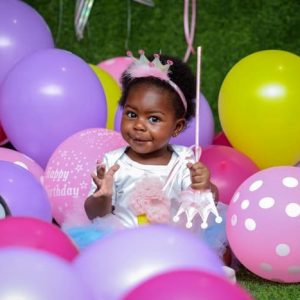 People helped by this information: 2,121