Earlier today,October 5th, 2018, the Kansas Supreme Court granted a biological father parental rights to a child given up for adoption without proper notice.

According to court documents, the mother said she didn’t know she was pregnant before she gave birth Thursday, Sept. 16, 2016, in a Topeka hospital. She contacted the Kansas Children’s Service League the same day to relinquish her rights, and the KCSL placed the child with a Kansas City couple who wanted to adopt.

A social worker, Melinda Kline, from the KCSL called the father that night to inform him a woman had given birth to his child. She refused to identify the mother. The father asked to meet with his child and the adoptive parents. Instead, Kline pressured him to sign away his rights.

The next day, the father contacted Kline to request a DNA test. He told her he wanted custody if the baby was his and that he had a lawyer. The father filed a petition to establish paternity Tuesday, Sept. 21, in Shawnee County District Court. Unfortunately, it came one day too late.

On Monday, the prospective adoptive couple had filed adoption papers in Wyandotte County District Court and were attempting to terminate his parental rights, based on the following claims:

“a. The identified biological father, after having knowledge of the pregnancy, failed without reasonable cause to provide support for the biological mother during the six months prior to the Child’s birth;

“b. The identified biological father abandoned the biological mother after having knowledge of the pregnancy;

“c. The identified biological father has made no reasonable efforts to support or communicate with the Child after having knowledge of the birth of the Child;

“d. The identified biological father abandoned or neglected the Child after having knowledge of the Child’s birth;

“e. The identified biological father is unfit; and

“f. Termination of the parental rights of the identified biological father is in the best interests of the Child.”

The adoptive parents filed first, so the father’s petition was put on hold until the Wyandotte County District Court could rule. At every point in the process, KCSL used the court system to prevent the father from securing his rights. The court went along with it.

“Although [Father] did not have the address of the prospective adoptive parents, he could have and should have sent communication and gifts through the lawyers involved.”

The father contested through the Court of Appeals — and lost. Their April 2018 decision read:

“While [Father] challenged the adoption and termination and filed the paternity action, he concededly made no effort to either communicate with or support the child in any respect.”

However, it also said the county court didn’t allow for a reasonable amount of time before terminating his rights. The father asked the Kansas Supreme Court to review the case.

“Termination of parental rights should not be determined by which side schemes to be shrewder or more strategic.”

The court recognized the father’s rights and granted him physical custody. An immediate change won’t take place, as the child is 2-years-old and will need time to adjust. There are lessons for men caught in a similar situation though:

Need additional tips on how to see your child? Start by selecting a qualified professional. 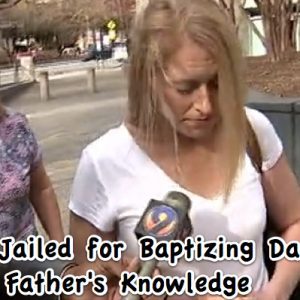 People helped by this information: 1,769